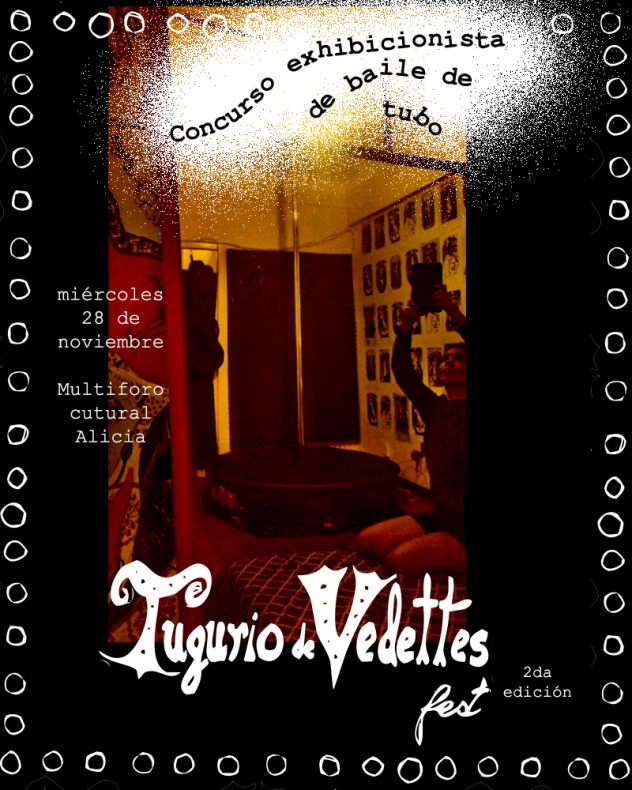 After the breakup of her iconic band Las Izquierdas, the Mexico City musician and dancer is on her own and stronger than ever

It’s 9:00 PM on a Friday night in Mexico City and the Multiforo Alicia is completely empty. The Tugurio de Vedettes Fest (loosely translated as Scuzzy Bar Burlesque Fest) is about to go down in this weathered but buoyant punk venue with a seemingly endless lineup of dancers, performers, and musicians.

Mery Buda is one of the organizers behind Tugurio de Vedettes. As a radical pole dancing musician, part of her curatorial magic stands in a 14-foot pole she has assembled inside the club. She and the other organizer, La Terrorista del Sabor, who will also play, have mobilized some of Mexico City’s baddest ass underground feminist, queer, or women-led acts to perform. “We weren’t specifically setting out to make an all woman musician lineup,” explains Buda, “but it just happened that those are the artists we like and are connected with…And we tried to balance it with some male-identifying pole dancers, because we want to celebrate the idea that all bodies can be erotic.”

And then of course, there’s Mery Buda, who, naturally, graces both pole and stage. Mery Buda will present a rough draft of her upcoming album, Cuando Bailamos Exótico (When We Dance Exotically). Her criteria for the songs she includes on the album? They have to inspire pole dancing.

But now it’s 9:15, Buda  was supposed to go on at 9:00 PM, and there’s no audience besides the preening performers. We’re told the doors are being held to gather a crowd outside. She squeezes my hand. “What if no one shows up for me?” she asks.

Tugurio de Vedettes is a big deal for Buda. This is her first solo show after her breakup with Las Izquierdas (The Lefts), a Mexico City-based punk band active between 2014 and 2016. Las Izquierdas was something of an underground sensation. They didn’t have a commercial media presence, but they played often and the spaces they created were inspiring, alive, and packed.  Composed of Buda, her at-the-time partner Andrés Acosta, and Gabo, the three played high-energy punk music while pole dancing. Have you ever seen a dude upside down on a pole, flaccid dick flopping about while he plays guitar? What about a super-jacked former Playa del Carmen strip club dancer doing acrobatic pole dancing while scream-singing into a mic? Each show they did brought out people who wanted to be a part of them, who swelled with energy and body-positivity by watching them dance and by dancing with them. A whole community of radical pole dancers sprung up around this band. Their joyful nudity inspired others to shed their own pants, shirts, bras, and undies in celebration of their bodies. In this city—and in any city, really—that is an incredible feat of artistry. At one point Las Izquierdas even posed in Playboy Mexico.

Now it’s 9:45. The doors are finally open and the audience is filling up. Mery Buda is onstage in a bikini top with drumsticks in hand, a snare drum strapped around her neck, her computer plugged into the mixer and mouth ready at the mic. “This is the Experience of Mery Buda,” she starts. “Don’t be shy, take a step forward and dance.” It’s impressive to see a group of eighty people follow instructions so readily, moving together as one mass on a set of coordinated legs.

Her set is not Las Izquierdas and the audience welcomes that. Most of the songs that will be on Cuando Bailamos Exótico are not recorded or publicly available, so the music is a surprise for the audience. It’s electro-pop beats complemented by energetic drumming. Her sweet voice and upbeat tunes are deceitful if you don’t know the lyrics. In her words, the songs, “exorcise the everyday feelings that happen rather incomprehensibly like jealousy, resentment, pain, the desire to die, or even extreme happiness.”  Her lyrics lay it out raw: How to love without being possessive? How to reconcile independence with wanting to fuse with someone? How to be economically self-sufficient? How to feel free in a woman’s body? In her last number “Mezclarme Contigo” (Mix Myself With You), with the track still playing, she approaches the pole and begins to undress. Perhaps the most beautiful thing about Buda’s dance is that, while there is an audience present, people videoing her with their phones, and a spotlight illuminating her, it feels that her dance is for no one but her.

During our interview she says that she doesn’t do performance under a banner of feminism, because she feel she hasn’t done enough research to claim that title. She explains, rather, that she works under the banner of eroticism: “It’s a collective sexual energy that builds among the audience but that doesn’t release…It’s like sharing something very intimate,” she says.

She finishes her dance and the audience erupts in applause. These are heartfelt tunes, overlaid by words that resonate with the audience, drums and dance: a performative composition that is uniquely Mery Buda. Expectedly, the acts that follow are equally beautiful, vulnerable, challenging, and fun.

In her thesis on Las Izquierdas (she’s publishing a book to document the band and the community of corporal resistance that developed around it), Buda reminds us about the emphasis of image in commercial music. She quotes Johnny Rotten of the Sex Pistols: “If people bought records for the music, this thing would have been dead a long time ago.”  As a producer of music, one constantly has to be developing their fan base through visual content, which very often has little to do with the actual music.

Buda has 47 followers on Facebook. She has a pared down Instagram account. She doesn’t post cute selfies of herself. But she has an IRL following of people who respect what she does and mobilize to see her. Her success is palpable. It’s bodies. It’s community. It reminds me why we make art in the first place.

Perhaps the reason Buda has developed such an enthusiastic following in the underground scene here is because she personally manifests so many facets of the contemporary–and extremely diverse–Mexican feminist and queer scenes.

In a context of six to seven femicides a day, largely committed by male romantic partners, and the overwhelming impunity of said men, feminist collectives here like Gafas Violetas, Desenredadas, and the workshops of Desprincesamiento challenge the conventions of romantic love (including possessiveness, crimes of “passion,” and subordination of women in a hetero-patriarchal structure) and its role in violence against women. Buda’s lyrics question the tensions of what it means to be an independent woman who loves a man and how to challenge the internalized patterns of heteronormative love. In her song “No te Quiero Poseer” (I don’t want to possess you), she sings:

Buda’s artistic and political work embody the value of auto-gestion, or self-reliance. In the context of violence against women and trans people and a vast income gap, many feminist collectives here posit that government will continue to fail them and advocate this practice of personal and economic autonomy. Groups like Tres.Cero.Tres, Autodefensa para Mujeres, and Cuadrillo Violeta offer classes in feminist self-defense. The Mercadito Feminista Contra la Violencia Económica, a weekly market, provides women and trans people a platform to sell goods they make themselves. Mery Buda’s project is completely autogestivo. She makes her own tracks, her own art, and mobilizes her own community outside of any formal or commercial music structure. She is a woman, with only herself, on stage making music.

In “Reclamo Road”, she sings about her break with Las Izquierdas and going solo to make a life that is completely her own:

The song points to challenges and fears women in music face in taking on a solo project. The track ends on an hopeful, if inconclusive note, but we know that Buda’s story after Las Izquierdas is triumphant. Speaking of her completely autogestivo act, she says, “It was hard to learn to program and play all by myself, and I still feel I have a lot to work to do, but going solo has been amazing. It’s all me. I don’t have to rely on anyone else.”

Buda’s work is part of a larger trend within the queer and feminist scenes in Mexico City that reappropriate the body as a site of pleasure and dance as a form of liberation.

La Gozadera, a feminist space in the center, frequently hosts Lesbiernes reggaeton parties, where women and non-binary people gather to dance unashamedly. When they were active, Las Hijas de Violencia, a street performance group, held a series of cumbia classes in which they taught women to lead in this traditionally patriarchal dance form. Noches de Perreo, Mami Slut, Sexy Sunday at Six, and Traición are parties that espouse a discourse of queer and feminist body liberation through dance.

Mery Buda lives this liberation and invites others to do the same as she dances, joyfully and semi-nude, on the pole. When I ask who her audience is, she’s thoughtful for a second. “I think it’s a lot of women that want to do something similar. Some of them actually get up on the pole during my show. Others don’t, but they do vicariously through me. That’s what performers do, right? We realize collective dreams.”

A few months ago, when I asked her what her goals were for La Experiencia de Mery Buda, she told me, “to finish my record, to finish the tattoo I started on my boobs, to organize Tugurio de Vedettes, and then maybe to have a baby.” Her response surprised me. “Will you keep pole dancing?” I asked. “Yeah, she said, but with a baby on my back. I think that would be sweet.” “Will you keep making music?” I asked. “Always.” 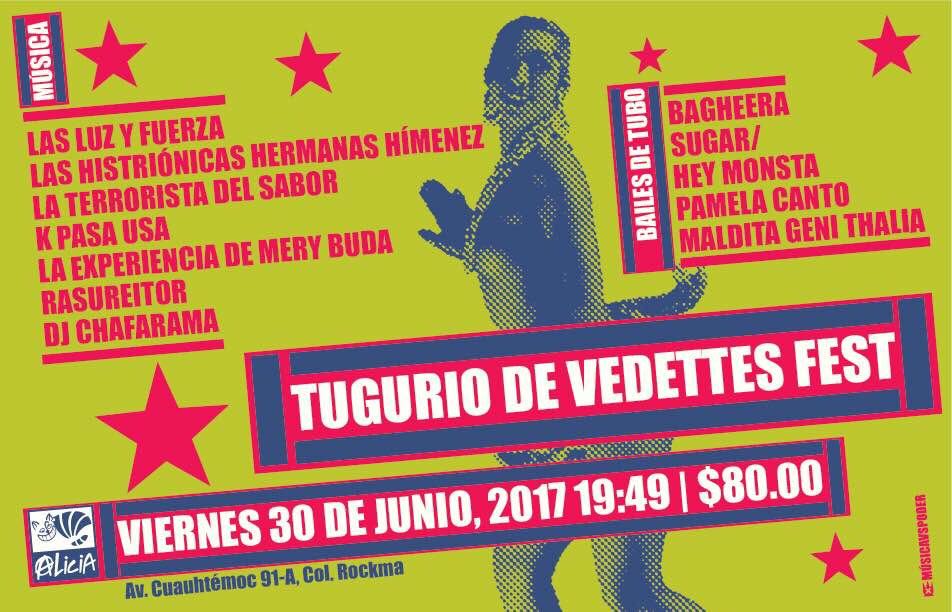 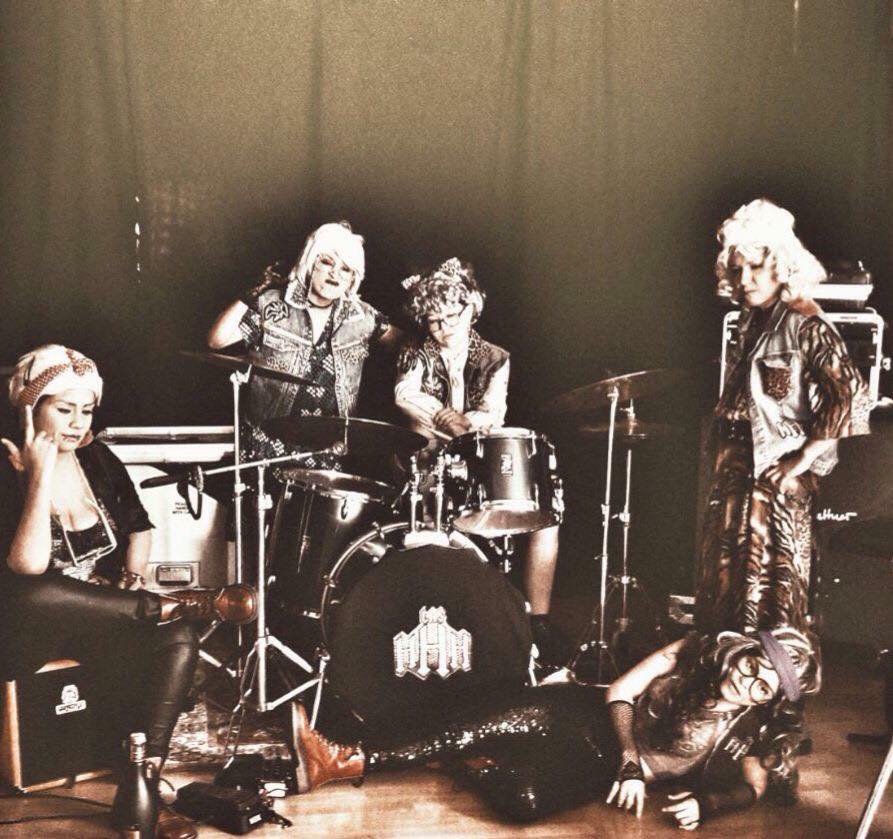 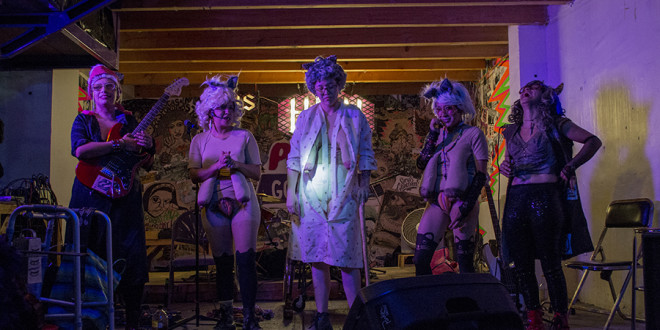 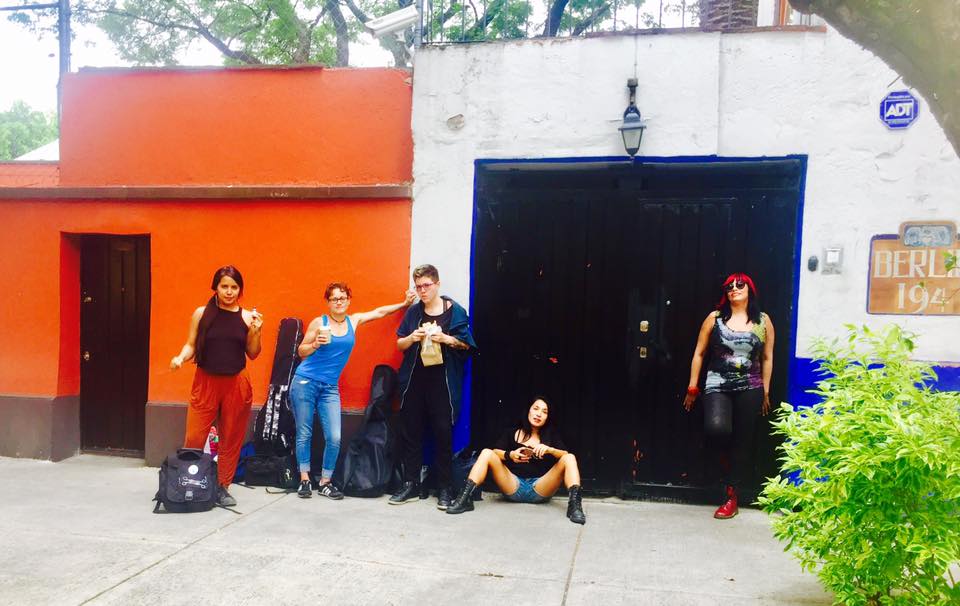 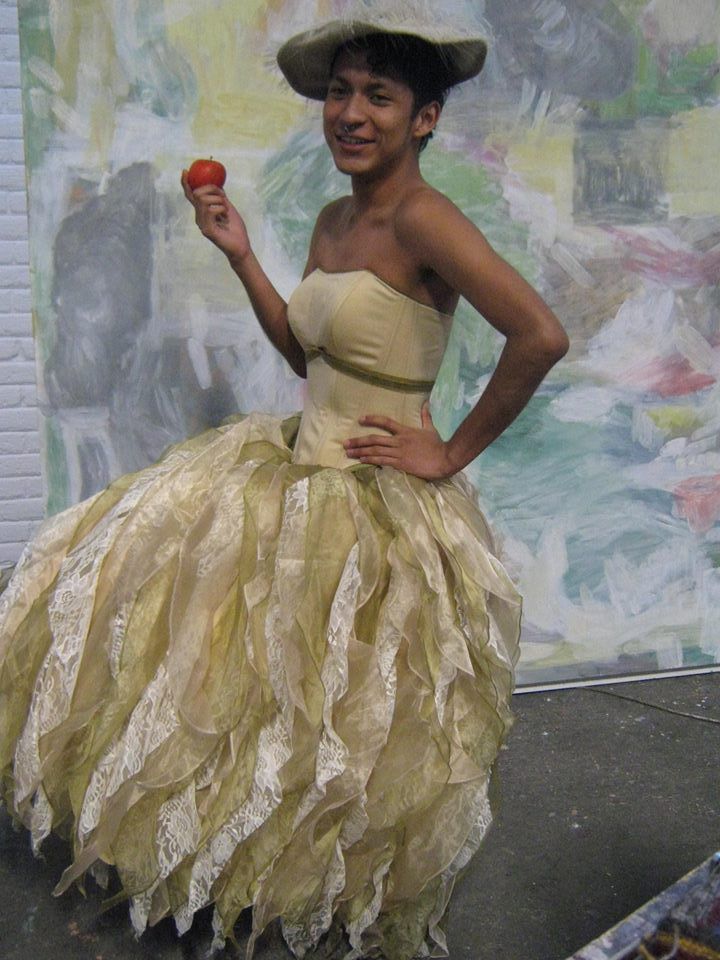 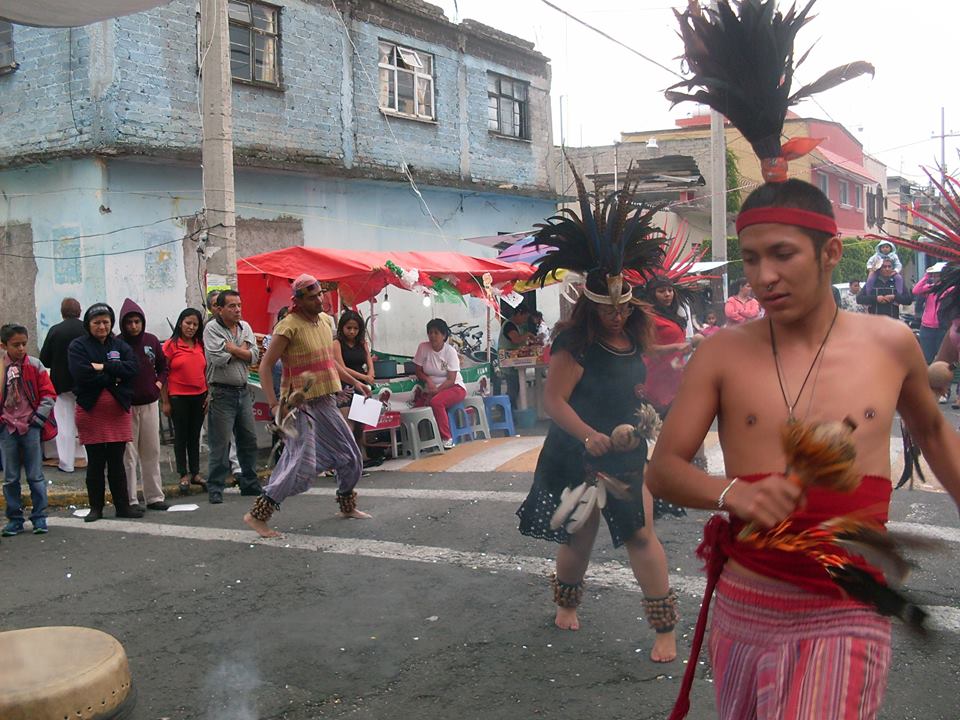 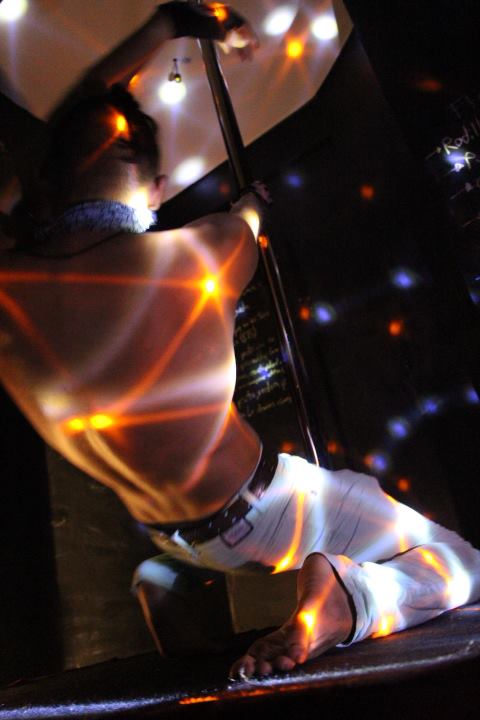 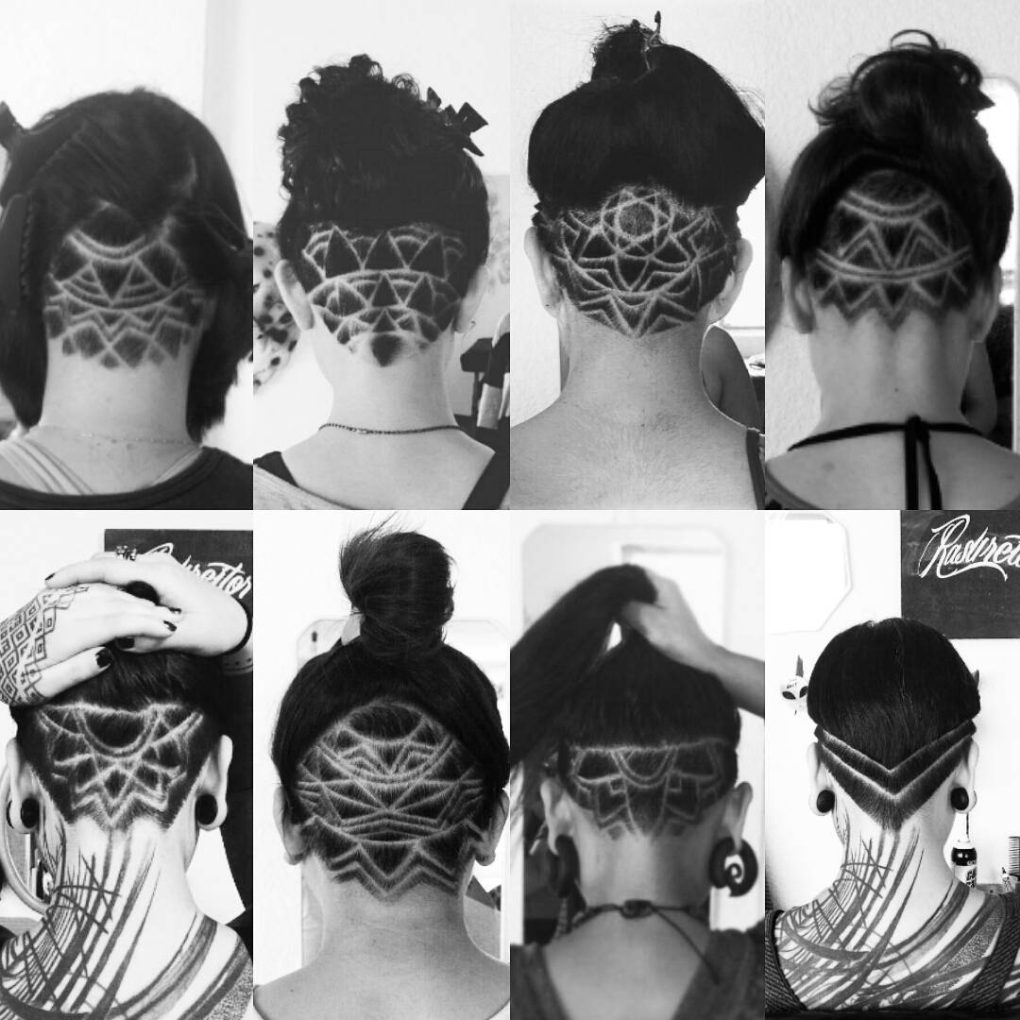 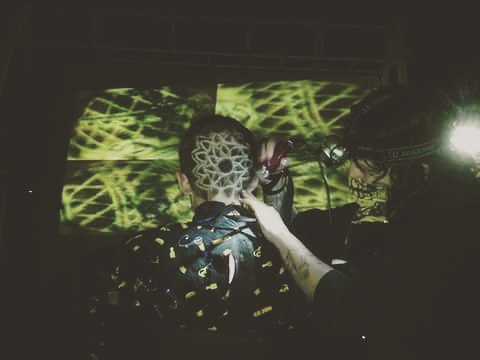 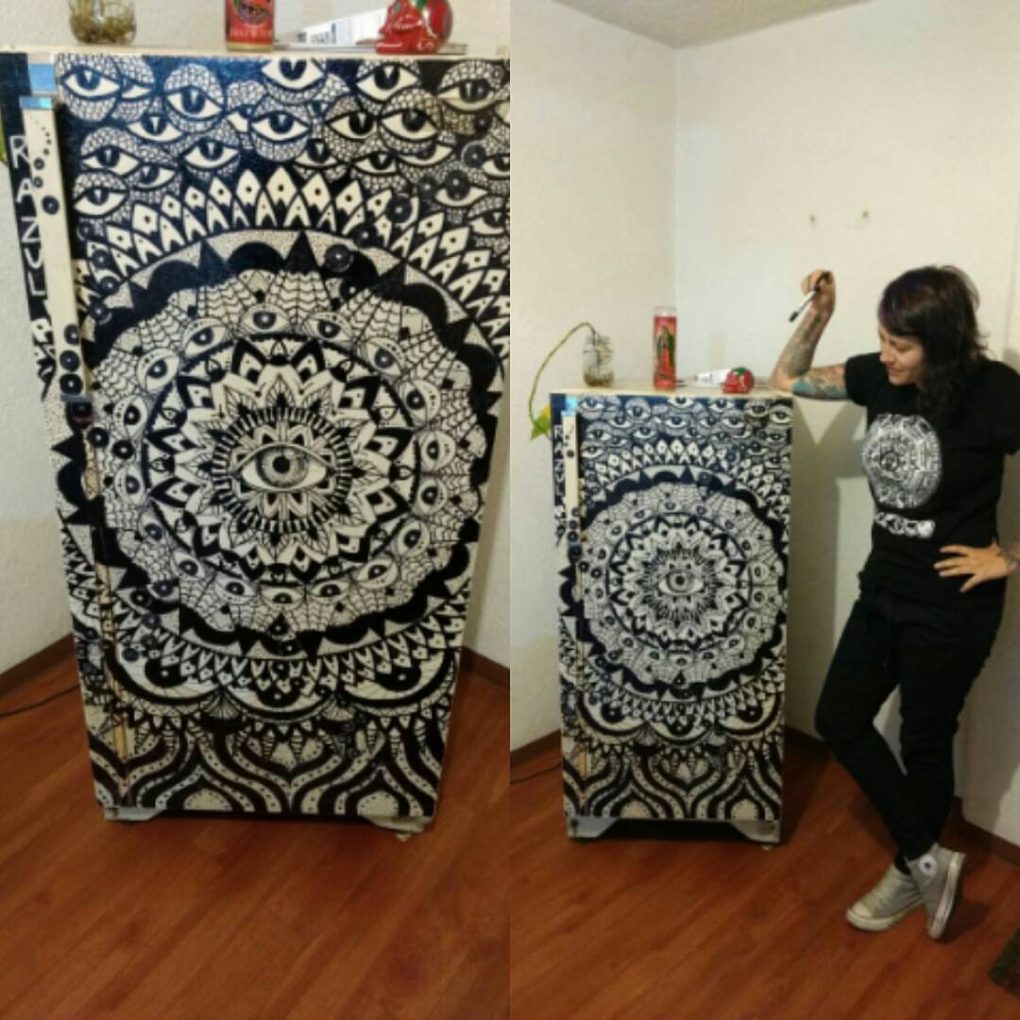 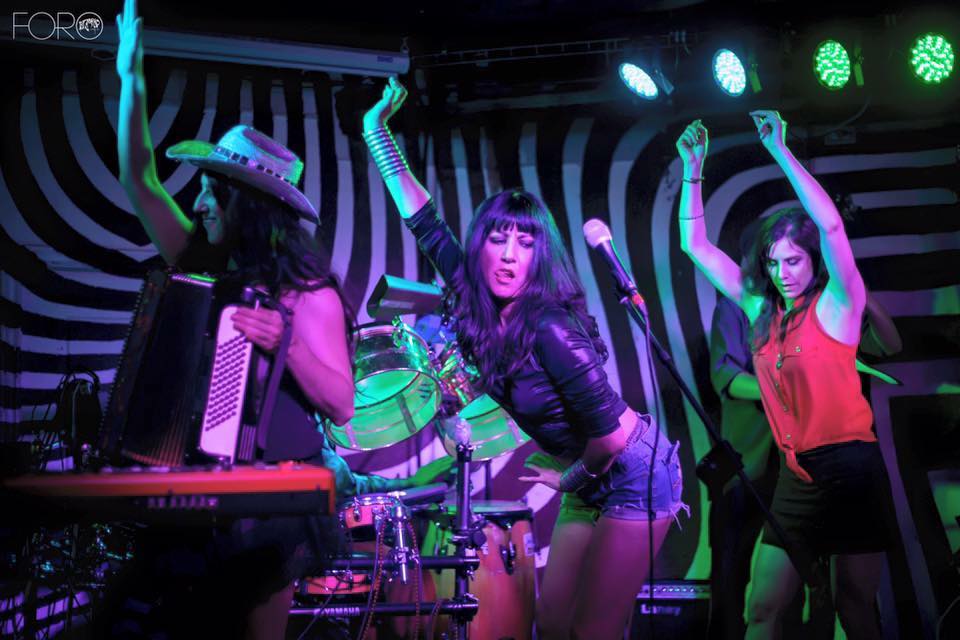 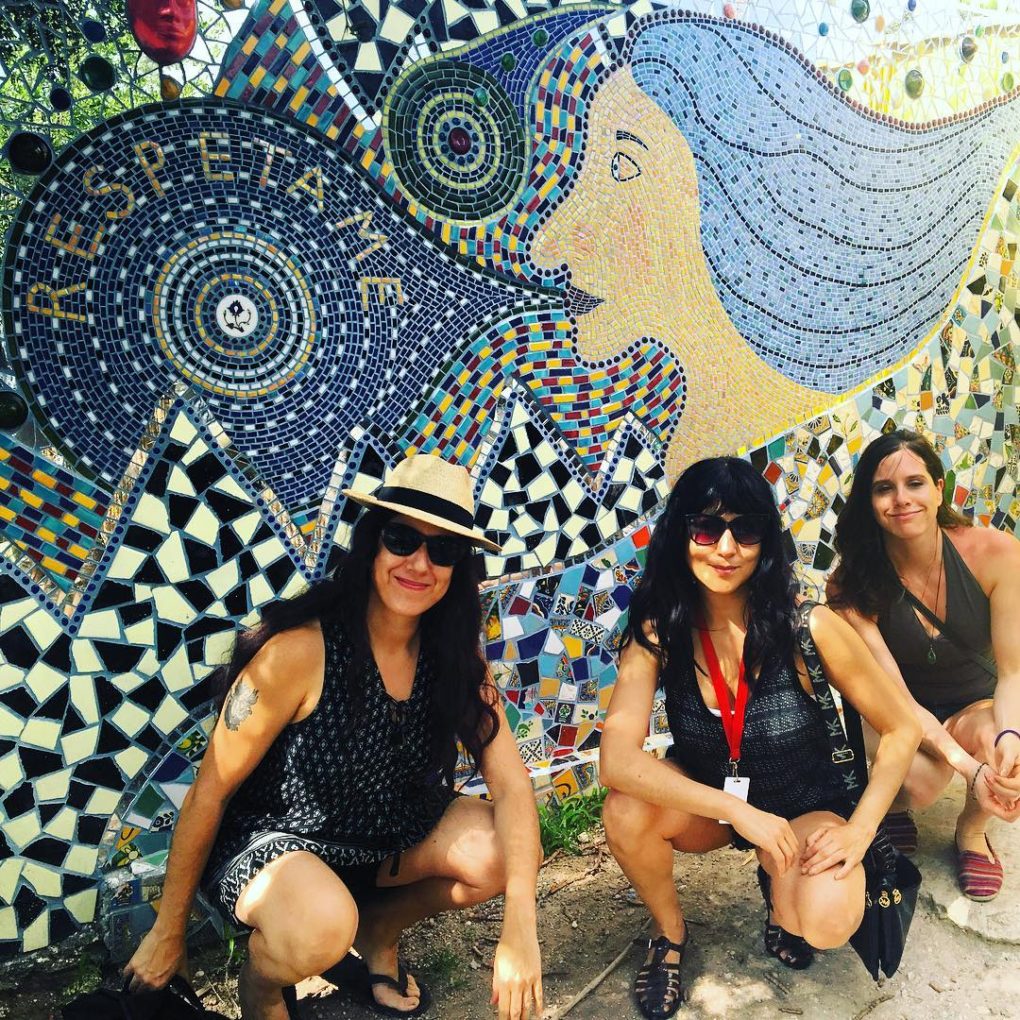 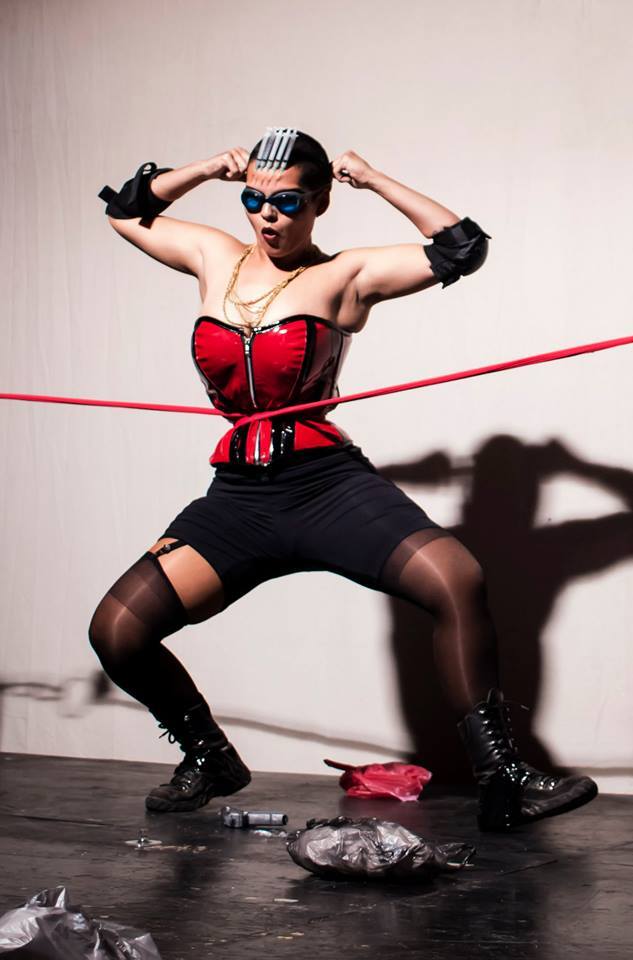